What is it like to have a Boston Terrier? 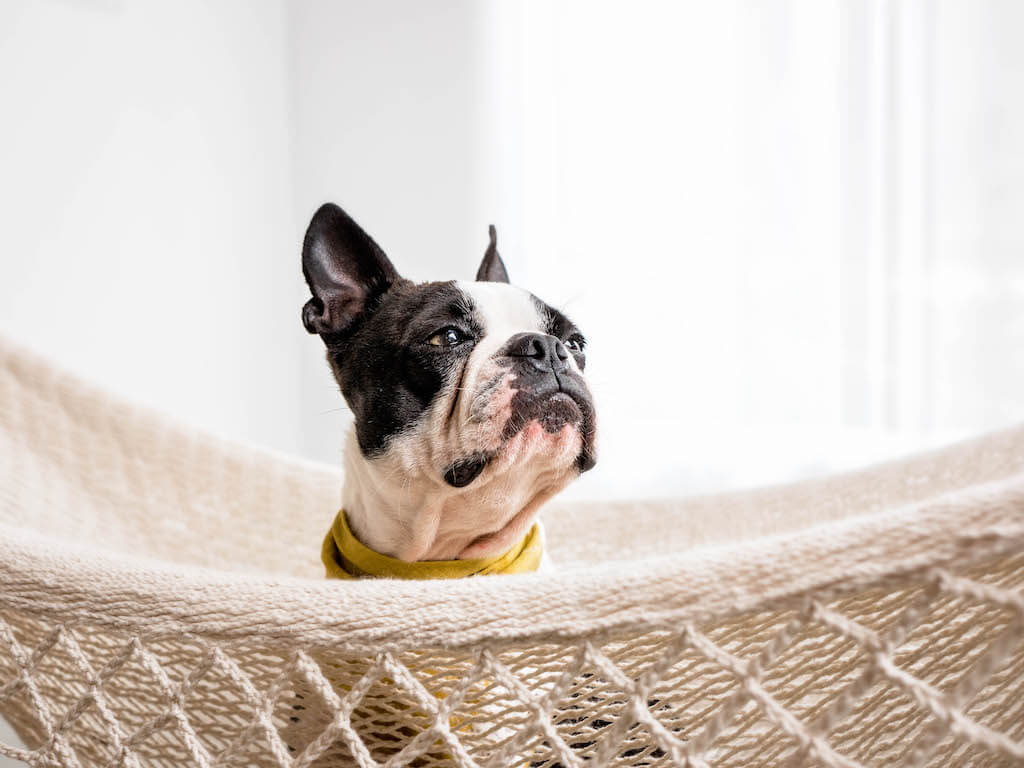 As a Boston Terrier owner I’m often asked what it’s like to have this lovable breed as part of the family. If you’re curious about the Boston Terrier personality and traits this post is for you.

What is it like to have a Boston Terrier as a pet?

The Boston Terrier was bred for companionship. They are alert, calm and intelligent dogs. She or he has a sweet disposition, charming personality, quiet and restful demeanor, and an intense love for her or his master at home. They are also playful and lively and love to be the center of their family’s attention. The Boston Terrier is not quarrelsome and can be quite sensitive. They are smart and quick to learn and do well in obedience and performance dog sports (like agility and fly ball). “A Boston Terrier can be a child’s rough and tumble best buddy, or a senior citizen’s soulmate and confidante. Most of all they excel at being your “best friend”!*

There’s a reason the Boston Terrier is also known as the American Gentleman. It’s because in addition to their physical characteristics they are bred for of their perfect disposition. First and foremost, Boston Terriers are bred to be companion dogs.

This means that they love to be close to their owner and interact with them. They thrive when they are near you. They will move from room to room so that they can be close. And they love to cuddle so that means say good bye to your personal space. Their favorite places to nap are next to you preferably with their chin on some part of your person.

The breed is fairly young. It was taken under the wings of the AKC 1893 from an English bulldog and the bull terrier. Contrary to misquoted belief – the early Boston Terriers were not bred to “be” fighting dogs rather they were bred to take the very best traits “from” the bulldog and bull terrier to create a peer or superior dog.

None of the early breeders ever bred for vicious, aggressive or snappy traits. In fact they encouraged careful selection of mating so that the sunnier disposition traits were favored.

It’s not clear why and how this misquoted belief that they were bred to be fighting dogs started. Perhaps it was because the bulldog and bullterriers were fighting dogs.

However in mating the two, and subsequent breedings, the intention was to take the best of both breeds to create a superior breed. A family dog. A noble dog. A gentleman of a dog.

Boston Terriers Are Smart and Intelligent

When you look at a Boston Terrier you should get the impression that they are an intelligent breed.

They are biddable and easy to train and do well in Obedience and Dog Sports. The positive approach to training works best.

Aversive methods using choke chains or dominant based commands are not received well by the Boston Terrier. In fact because they are also a sensitive breed attuned to your emotions and energy the heavy handed approach worries this dog.

Praise and treats will get you far because this dog is highly motivated to appease their owner.

Because they are companion dogs they love to interact with their owners. They will happily bring you a ball or stuffed animal to play fetch or tug.

They have strong jaws and do best with toys that are better made. While a gentle dog might not destroy a toy, its often joked about in Boston Terrier circles that the true test of a toy is one that will withstand a Boston Terrier playing with it.

Boston Terriers do not know their size. They will happily play with larger dogs. That said it’s important to always supervise who your Boston Terrier plays with to ensure they are not playing with a dog that has high Prey Drive.

This fun breed have the muscles of a large dog packed in a small compact body. They can be explosive in how they bound and run around the house. This tends to turn into comedic antics and can be channeled through dog sports like agility.

If you happen to have two Boston Terrier’s you will see the witness the wonderful sport of bitey face. It’s when their mouths look like they are touching but never really do!

Although this lovable breed appreciates good couch time they thrive when they are mentally challenged.

For my own two we approach enrichment as follows:

I find with these two I MUST do a mix of all these different activities. Some days we will be heavy on one thing but I try to hit it all in a week.

Boston Terriers Can Be Protective of You

As companion dogs Boston Terriers love their families the most. If they think your affection is going elsewhere they may climb into your lap and give you lots of kisses to assure it that your affection has not strayed.

A well bred Boston Terrier will not show any aggressive behavior it will be more like that of a toddler used to being the center of attention and making sure you hug them first. However that said on the rare occasion that the puppy was not socialized properly or came from a line with aggressive traits — early training will be key. Its important as an owner to recognize signs of this early so you can work with a professional dog behaviorist to correct the potential for any reactivity issues in the future.

If you get a puppy early between the ages of 8 to 12 weeks its important to understand that socialization includes teaching your dog to look to you for guidance and ignore triggers and surprises around them.

There are two great resources to start you off: The puppy rule of 12 and the Puppy Culture program.

Because of their shorter muzzles Boston Terriers tend to overheat. Be mindful of the temps before you start your hikes and walks, take lots of water and shady breaks.

For my own dogs I noticed that temps over 65 degrees are on the upper ceiling of what is safe for them so we typically walk early mornings and late evenings during the summer time.

If we are going on a long hike I will give them a small drink of coconut water prior to starting and pack it in my back pack for hydration.

Cooling bandanas also are a summer necessity for our two.

I have a small wardrobe of shirts when the temps dip and hoodies for the colder times of the month.

At night they tend to sleep under the covers coming up for air every few hours only to burrow once again.

Even the early breed books recommend that Boston Terriers are kept inside the house as opposed to outside. They don’t have a thick amount of fur and as such prefer the warmer temps indoors.

This muscular breed tends to have a bigger chest and so clothing can be hard to find. When you find clothing that fits buy two sets – one for them to wear now and one to save for later.

Our favorite finds have been on Amazon:

As well as the hoodies from Frenchie Bulldog.

Boston Terriers are companion dogs which means you are their universe. They tend to have a sensitive personality and harsh methods do not work well for this sweet breed.

Positive training works the best. This lovable breed is highly attuned to your emotions and do not do well under aversive methods. We strongly discourage force when training.

They just want to be seen, appreciated and loved and praise and treats go a long way!

Boston Terrier’s Can Be Known to Have Allergies

The thin coat means that their bodies are exposed to the environment more than a double coated dog. As such they have been known to suffer from environmental allergies. My two have had bouts of yeast and allergies which you can read about here.

Simple preventatives like a water rinse after a walk can do wonders.

As for food adding fresh food to their diets is ideal. We cook for our dogs and you can read about our recipe here: Basic Foundation Recipe for Cooking your Dog’s Food.

Unofficially it’s known among Boston Terrier owners that their dogs are natural comedians. They seem to know what antics will make you laugh and they revel in it.

For the most part the natural Boston expression is serious and stoic. But the true expression can be found in their eyes and eye brows. They tend to show all their emotions on their face for those that know how to read them.

Boston Terriers have large, round and dark pools for eyes. They typically are meant to make you fall instantly in love with them. And once you do you’ll be forever hooked onto this breed.

Boston Terriers Do Not Have A High Prey Drive

Even though they came from terriers Boston’s are not very drivey and do not possess a high prey drive.

That said they love to track lizards in bushes although it’s more for “play”. It’s not often that they hunt and kill lizards or rodents, rather try to chase them and play with them.

Boston Terriers Can be Gassy

Their shorter muzzle and digestive system gives them the reputation in being gassy. Finding the right nutritional diet plan will be key to minimizing your living room smelling like their toots.

Boston Terriers Are Not Known To Bark

Except when guests come over. They are typically barking from excitement because they think the guests have come specifically for them.

In summary the Boston Terrier’s temperament is gentle, lively, smart and affectionate.

They are great companion dogs that will never leave your side.

If you want to learn how to find a well bred Boston Terrier from a reputable breeder read this article: How to find a Reputable Breeder.

Or if you simply want to see more Boston Terriers in your life come visit us on our Instagram: @maggielovesorbit

* The Boston Terrier Club of America