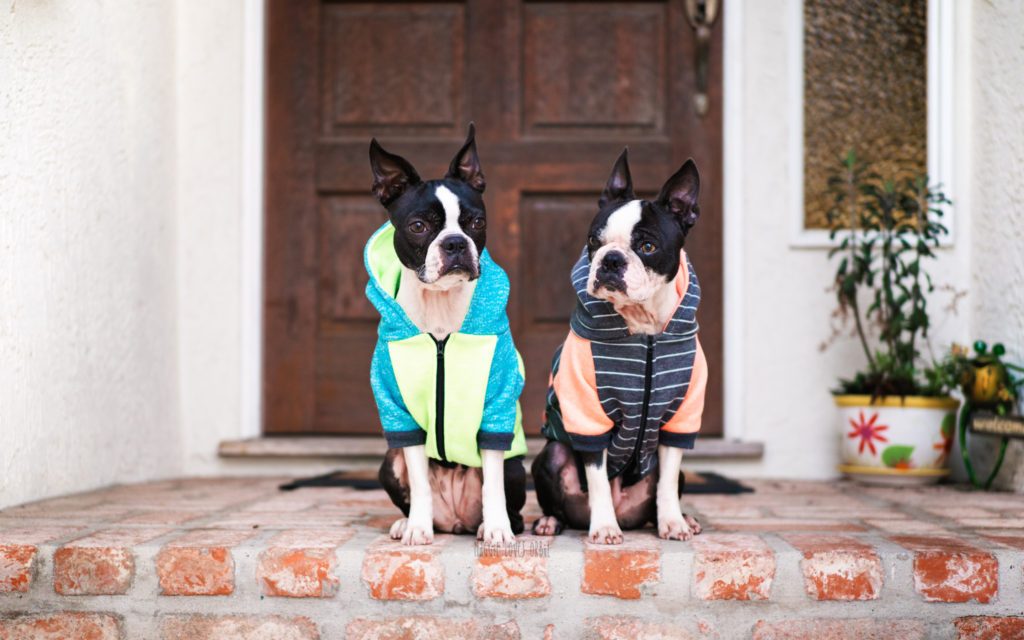 They are well constructed and thick.  If I had to compare them to a human brand it would be something you would purchase at a good surf shop – like Billabong or Oakley.

The fit their chests and stay on and don’t pull down which as you know on bigger chesty dogs can be a problem.

In any event – we’re going to be outfitting the girls in these for the season.  Here’s just a few photos (for now) and more to come later on.

The Latest In Joint, Cognitive and Anxiety Supplements For Your Dog August 29, 2020
Grab it now - PetFetchID July 9, 2020
Real Dog Box Review - What to Know Before You Buy June 24, 2020
4 Comments
Leave a Reply Cancel reply

Hi, we're Maggie and Orbit
We envision reaching every Boston Terrier parent before they get their first puppy or dog and be their go to resource as their raise their dogs.We’re on a mission to equip pet parents the information they need to better raise Boston Terriers.