My dog had an allergic reaction to the rabies vaccine 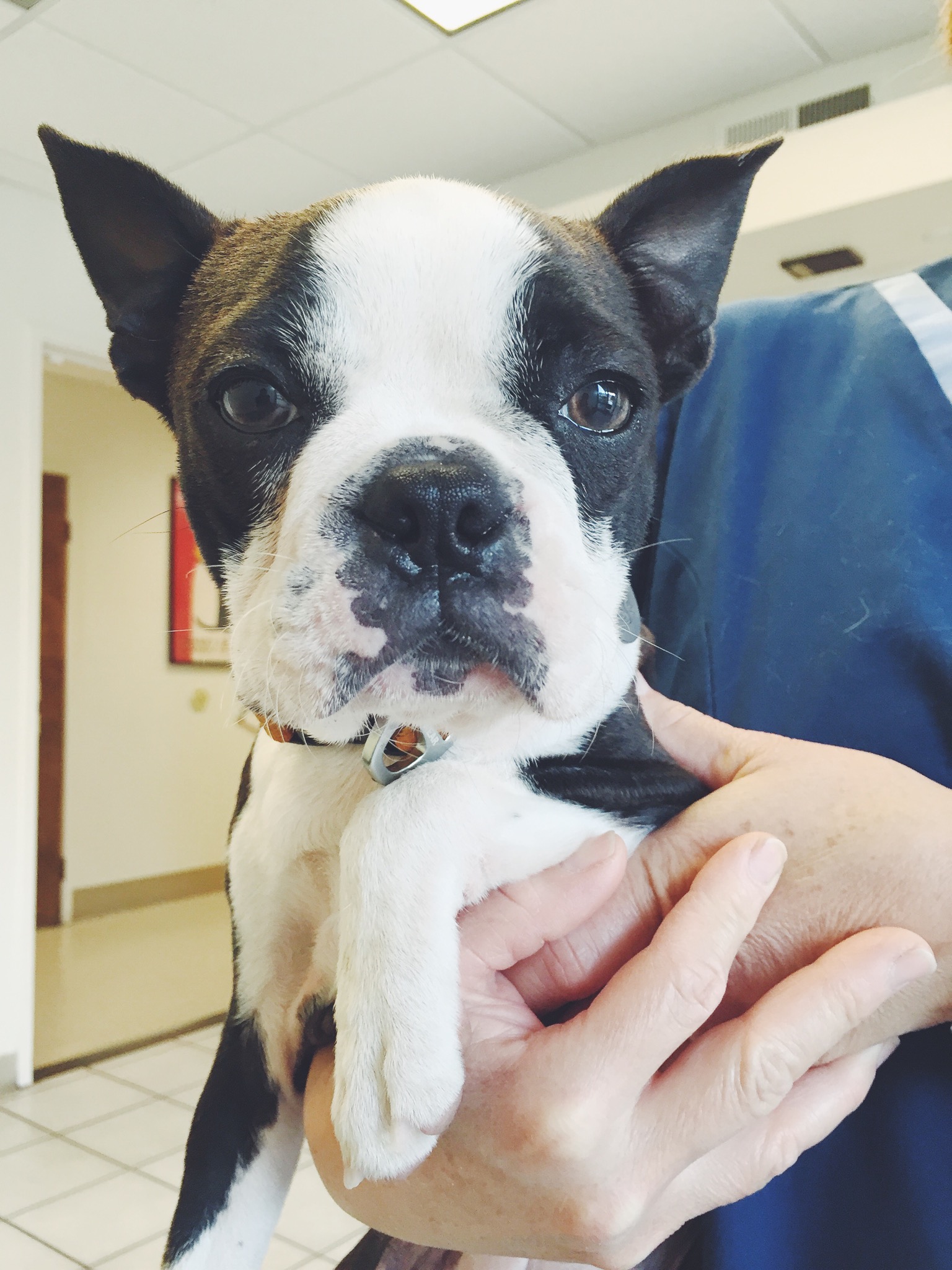 One dosage size does not fit all

Did you know that a 175 pound Great Dane and 10 pound Boston Terrier both get the same dosage of rabies vaccine?

All dogs get a dosage of 1 ml.

All horses and cattle get 2 ml.

While elephants get a dosage of 2 to 4 ml.

So the first thought is … Why don’t I ask my vet to cut it in half?  Well it doesn’t really work like that because the active vaccine could be a drop in that syringe (or think of it as a drop in a swimming pool) and if you cut the dosage in half… You don’t know where the vaccine is.  So you run the risk of not protecting your dog.

I took Orbit in for what I thought would be a routine shot.  It was given to her at 9am.  By 11am I noticed she was a little more drooly.  But I was on my way to drive 3 hours north to LA for a family emergency and I didn’t stop to ask myself why.  I just accounted it to her playing really hard with Maggie.

Things were fine on the car ride up.  She slept the whole way.  We got to Glendale and I unpacked the car while she played with Maggie.  But then by 5pm I noticed she was excessively drooly.  A kept a eye on her and by 5:30 pm her face looked puffy. 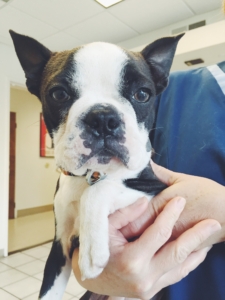 I promptly called the vet who said: “Sounds like she had an allergic reaction – bring her in right away!”

I was alarmed.  My vet was over 3 hours away.  They advised me to find a local emergency clinic for a steroid shot and antihistamines.

Luckily I found an after hours clinic in Eagle Rock.  The vet was super nice.  And as luck would have it.  He had a Boston Terrier and his parents owned two. And his friends had two.  So he had plenty of experience with the smooshy faced dogs.

In essence Orbit had a mild reaction.  Her face had only swelled a little so that her wrinkles were not as noticeable.  They gave her a steroid and antihistamine shot.  I received instructions to dose her with Zyrtec or Benadryl for 2 – 3 days after an eye on her.

I’m glad I was able to get her in when I did.  A worst case scenario is throat could have swollen shut.

Unfortunately the Rabies Vaccine is the only vaccine required by law.  Even when I talked to my vet they said they would still have to give her the shots.  But they would give her the steroid shot prior to the rabies shot to help mitigate an adverse reaction.

And only if she had a second reaction, would they write a letter to petition an exemption from Animal Control.

Last year I found a holistic vet who wrote me a letter stating that Orbit was qualified for a Rabies exemption due to her allergic reaction to the vaccine.

Although I have this letter from my vet, the local department of Animal Control does not have to recognize it.  What they will state instead is that I have elected not to vaccinate my dog.  Should she ever get rabies and should she ever bite and infect another animal or human they can quarantine her or worse case have her put down.

As of this year (2021) Maggie still gets her rabies vaccine, but I keep skipping Orbit’s and provide the exception letter to my current.

Do not vaccinate for rabies until they are 6 months of age.  Give half a regular Benadryl an hour prior to the appointment.  Since she has been giving this advice to the owners of her puppies and since then none of the puppies have had reactions.

So I got thinking and looked up: How many times had rabies been reported in California?

On the CDC website for reported rabies cases in California, zero cases reported in dogs in 2015.

In 2016 there were 226 reported cases of rabies in California, 176 of which are from bats, and 3 are from dogs. The reports came from Amador, Calaveras and Humboldt county.

Due to the fact that there have not been any reported cases of rabies in the county that I live in I’ve elected to not have the Rabies vaccine administered to Orbit.  Maggie still gets her rabies shots as scheduled.

Just for fun, I searched the interwebs for conspiracy theories on over-vaccinating your dogs.  The bottom line, it’s a moneymaker.  And although I don’t think there is a conspiracy, I think that the pharmaceutical and government agencies are not aligned with requirements vs. CDC cases nor are they adjusting their legal requirements based on allergic reactions to the rabies vaccine.

At the very least the government should work with the vaccine manufacturers to research the best dosage for small dogs versus large dogs.

What’s Should You Do As A Dog Parent?

For Maggie – I’ll also be asking for the 3 three year vaccine.  Apparently, there’s no difference in dosage … It’s all just classification of the vaccine.

For Orbit – her allergic reaction means she gets an exception to this vaccine for the rest of her life.

For you, ask your vet if you can do vaccines one at a time.  That way if your dog has a reaction, you can see what caused it.

Difference between a One Year and a Three Year Rabies Vaccine

Vaccine Dose – why is it one size fits all?

Did you like this article?  Here are more about Boston Terriers

Why Are Boston Terriers so Gassy?

How To Get Ready For a Boston Terrier Puppy

Are Boston Terriers Born With Tails?

Should I Get A Second Boston Terrier?

How To Find A Reputable Boston Terrier Breeder