Estrogen Cream Causes Hair and Fur Loss in a Dog 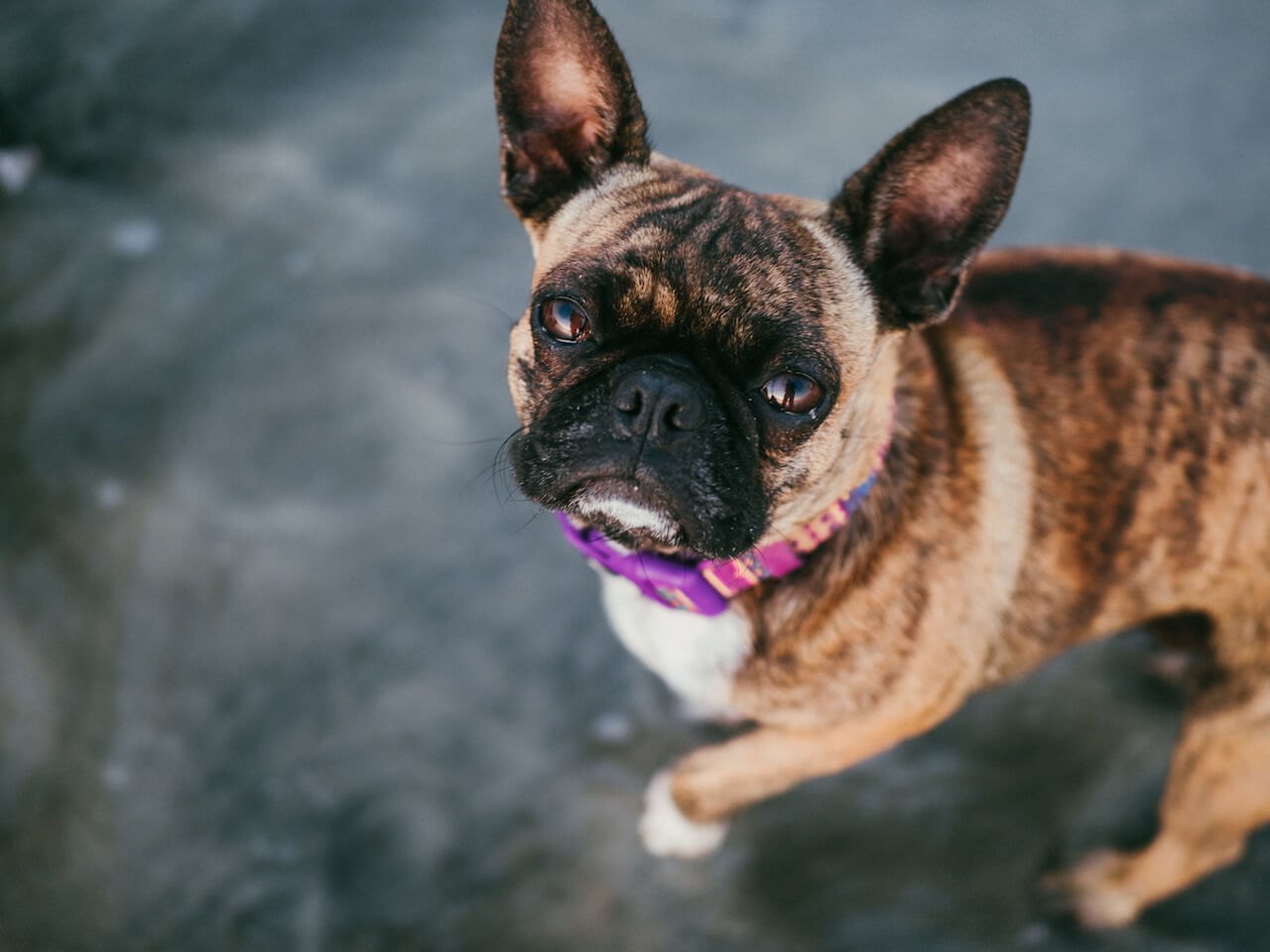 Will Estrogen Cream Cause My Dog To Lose Their Fur or Hair?

When I was talking to a friend who has been trying to solve why her dog was losing his fur and hair, she reported that after months of various visits and money in vet bills she finally had the answer.   So will estrogen cream cause your dog to lose their fur or hair?

The short answer is yes if your dog is sensitive to it.  Initial symptoms will be your dog’s hair or fur will start to thin.  They may even have appetite changes and they might also have behavioral shifts.  It will depend on how strong your estrogen cream is and if you have direct contact with your dog.  Some dogs do not have this adverse of a reaction but if your dog starts to lose their fur AND you are using estrogen cream you may want to discuss this with your vet and your doctor.

Meet Gilly. When we first met him in the summer of 2017 he was a bundle of energy. So much personality packed in a small body. He was still pretty much a puppy at the time … less than a year old; he would happily greet all the dogs at the beach and play with them. 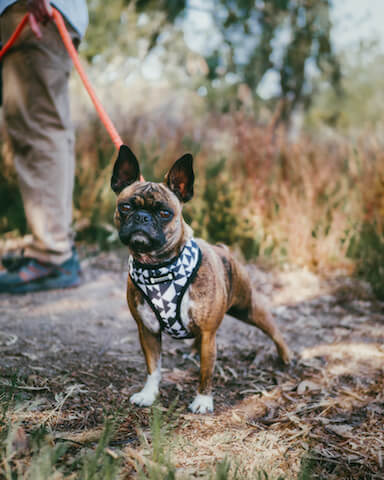 Fall of that year, he was a year and 3 months old when his dog mom went on a two week vacation with her sister to Europe.

When she returned … we noticed Gilly’s personality did a 180. He was no longer the outgoing “mayor of dog beach” he was now the reserved shadow staying within one foot of his dog mom’s feet.

We thought …oh … he missed his dog mom.

We were meeting several times that week and Gilly would stay close while we discussed his picky appetite. His poor dog mom was trying different types of food every other month it seemed.

Summary of first set of symptoms:

– Change in personality
– Lack of appetite

Secondary symptoms – dog starts to lose his hair or fur

In November we noticed that Gilly started to lose his hair or let’s call it his fur. At first the hair loss was gradual. The fur below his tail started to thin out and then he started to get small bald spots just above his back thighs.

In speaking to his dog mom she thought it might be an allergy. She spoke to her vet, and then went to the same holistic vet we went to.

She was prescribed a regimen of different herbs after taking an allergy test. And she also changed out his food once again.

Summary of second set of symptoms

The photo below is is from Gilly’s Instagram taken in December.  Notice the flank area in his back legs have no more fur and hair on them. 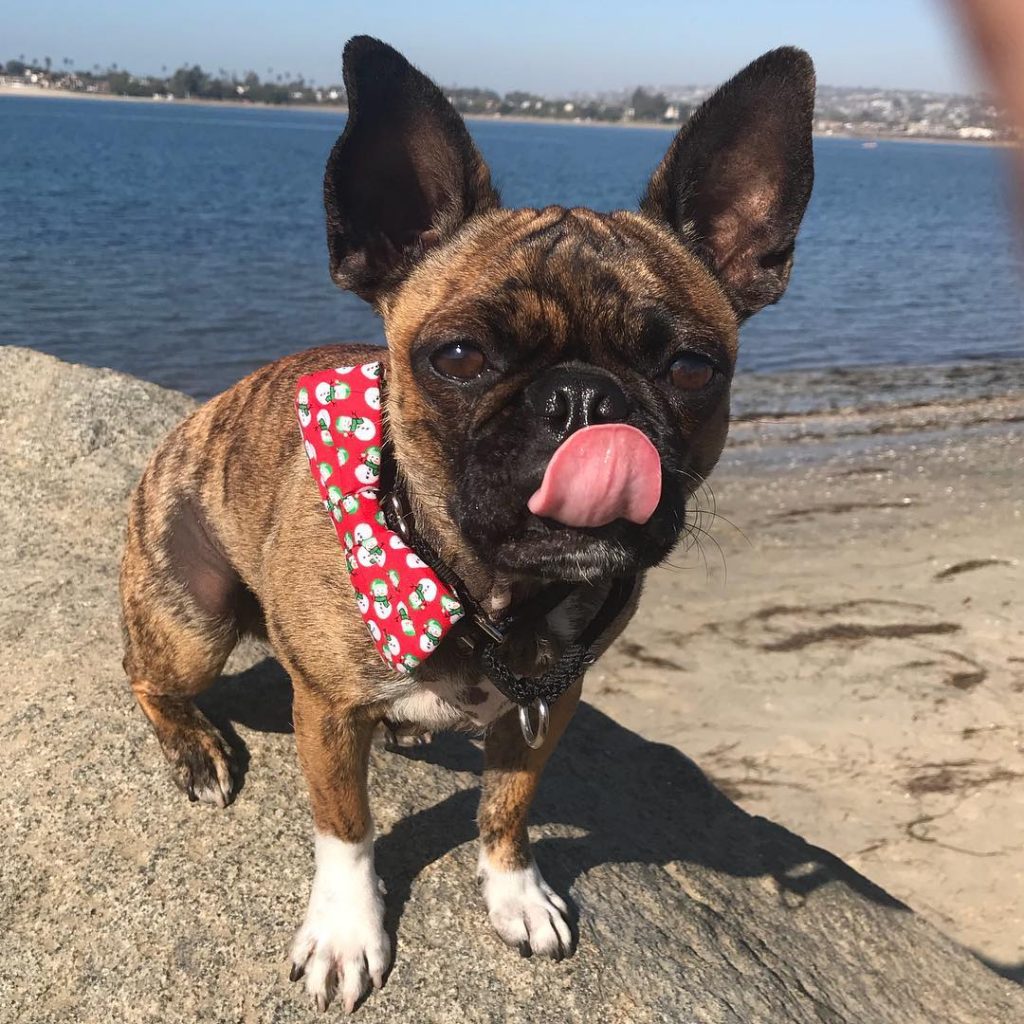 Third set of symptoms: His hair loss gets worse

In January Gilly’s hair loss was at its peak. There were suspicions it was a very rare black skin disease. Or perhaps it was really just a food allergy?

Gilly’s dog mom seeked out the premier animal dermatologist in San Diego. They ran a battery of tests and decided it was “male pattern baldness”.

They also found a large cyst on his prostrate which was enlarged.

Interestingly enough, other than Gilly’s personality being subdued he still seemed like he was a happy dog. He just wasn’t as energetic at the beach but he was full of personality at home.

So it was odd to see these symptoms but otherwise he appeared to be healthy. He went to the bathroom fine, and although he as a super picky eater he did still eat.

Summary of third set of symptoms

Below is a photo taken mid January and his hair lose has widened to his stomach area. 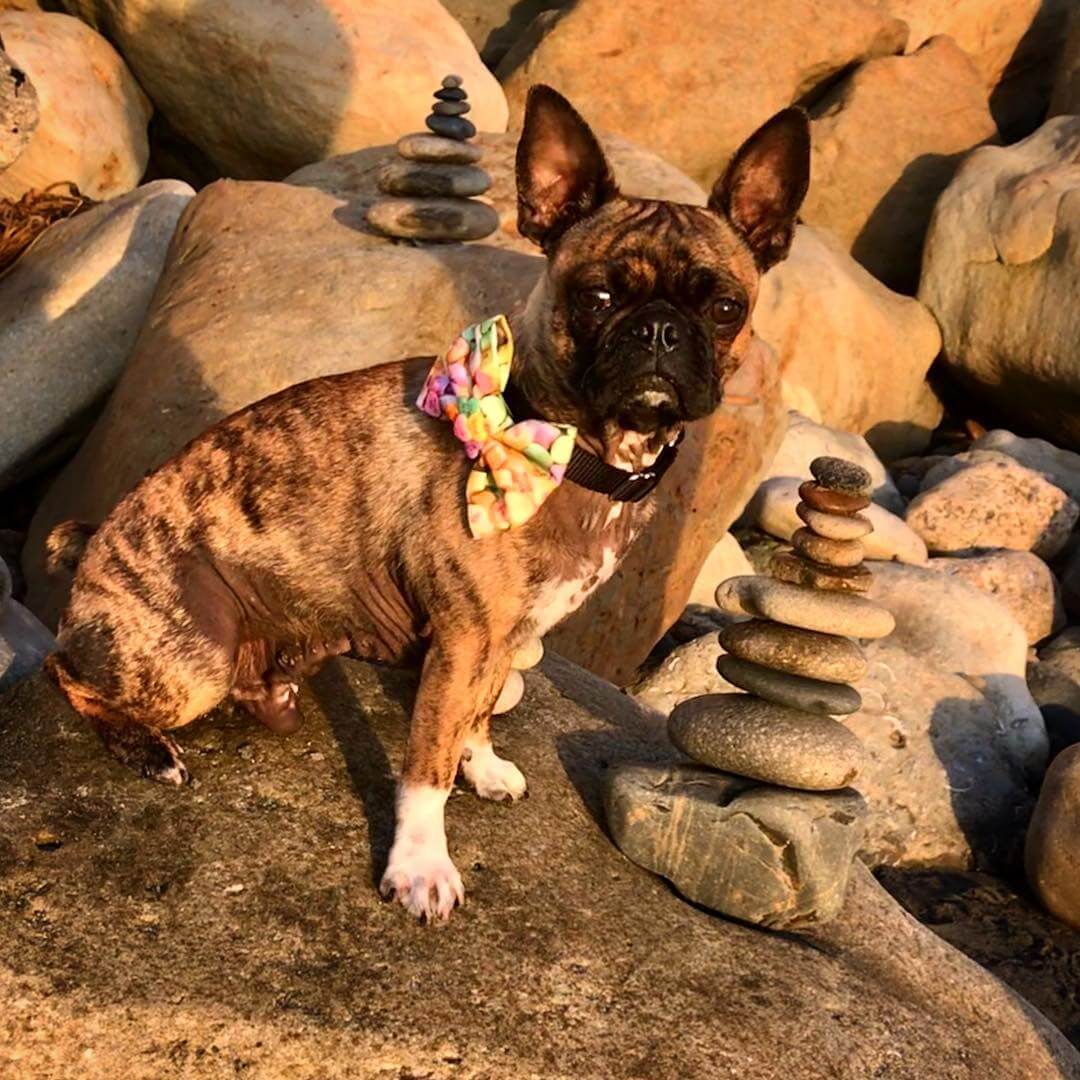 During this time under the dermatologist his dog mom would still periodically visit her primary vet to update him on what was going on with Gilly.

And one day his primary vet asked … “Are you on any menopausal medication?”

To which Gilly’s dog mom replied “Yes – I apply it every night”.

At that point Gilly’s vet Dr. Diamond had a light bulb moment that it was the estrogen cream that was causing the hair loss.

A hormone test was ordered and Gilly’s results showed his estradol was at 135 when in a normal male dog his size it should have been at 30. Also his testosterone levels were extremely low.

After consultation Gilly’s dog mom started to apply the estrogen cream in the morning so that she would have a period of time while she was working for the cream to work without being in contact with Gilly using latex gloves.

Gilly’s hair loss slowed down and he was put on melatonin but his fur did not grow back.

In May his dog mom decided to stop the estrogen cream all together.

This first photo below is from Gilly’s Instagram.  It was taken in July.  From how he’s laying you can see how much of his hair and fur he had lost. 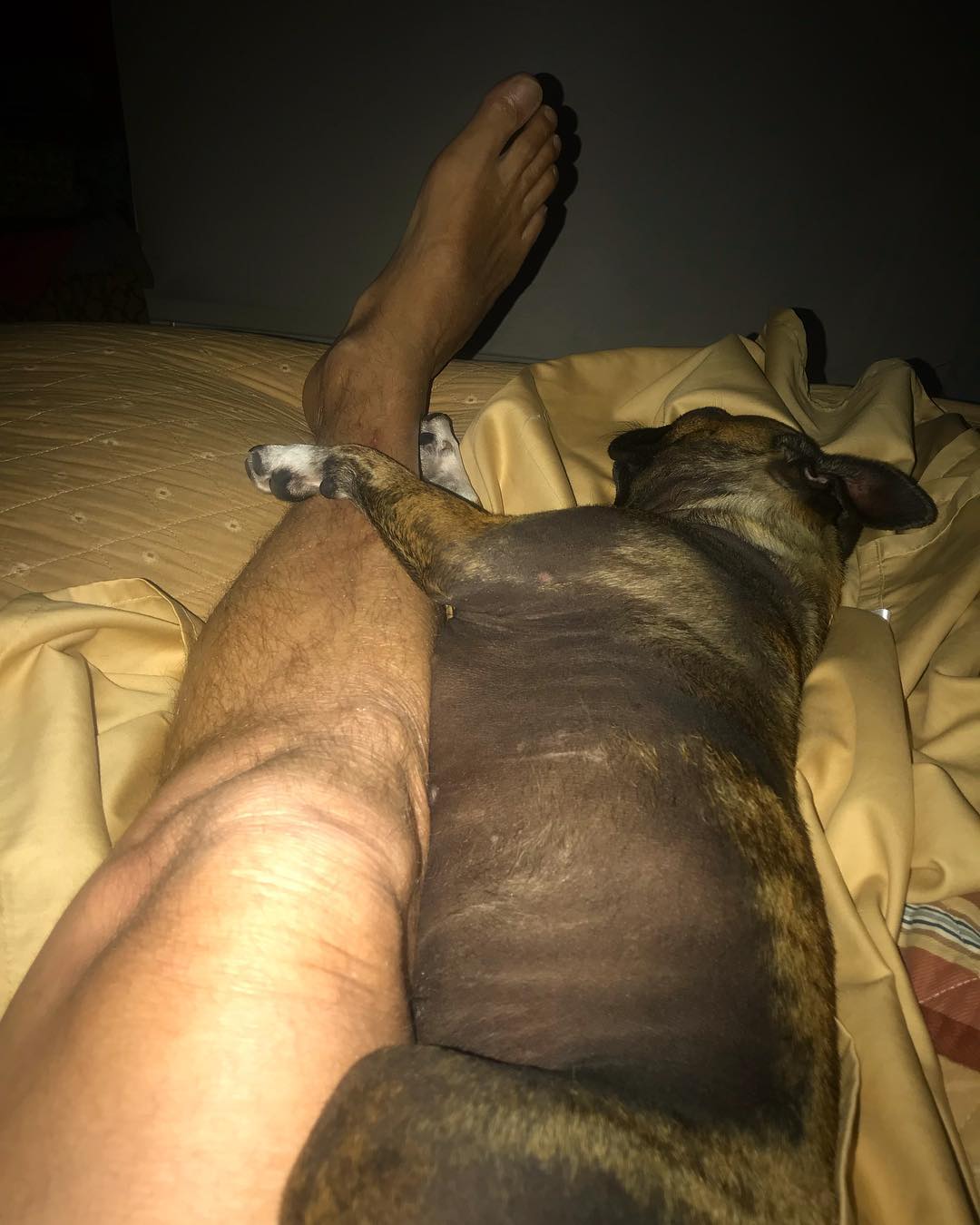 Dog’s recovery after the Estrogen Cream was stopped

Not only was Gilly’s fur growing back, there were other changes that happened after his dog mom stopped using the estrogen cream.

His bright spunky “I’m the mayor at the beach” personality came back.

His appetite came back and he wasn’t as picky as he used to be.

Lessons learned because dog lost hair due to estrogen cream

I spoke regularly to Gilly’s dog mom. We’d try to walk at least once a week together sometimes twice a week. And his condition was always at the top of our conversations.

Dr. Google does not have the answer

The internet is a GREAT place for storing a LOT of information. It does not mean the information delivered to the reader is the correct information.

OMG that’s a lot of answers. Does it mean it’s right? Heck no.

Your friends do not have the answer

I was the first one to recommend she see our holistic vet because I thought it was a food allergy. My fault in projecting my own dog’s issues onto hers and thinking they were the same.

As well meaning as I was – I am not a vet and I shouldn’t guess what is wrong with her dog.

We guess that had her vet known at the first consultation that Gilly’s dog mom was on estrogen she could have saved herself a lot of time and money.

Simply put the question did not come up and as such the vet was not looking at estrogen cream being a factor in her dog’s hair loss.

The photo below was taken October … and Gilly’s hair has filled in 90% back to what it used to be. 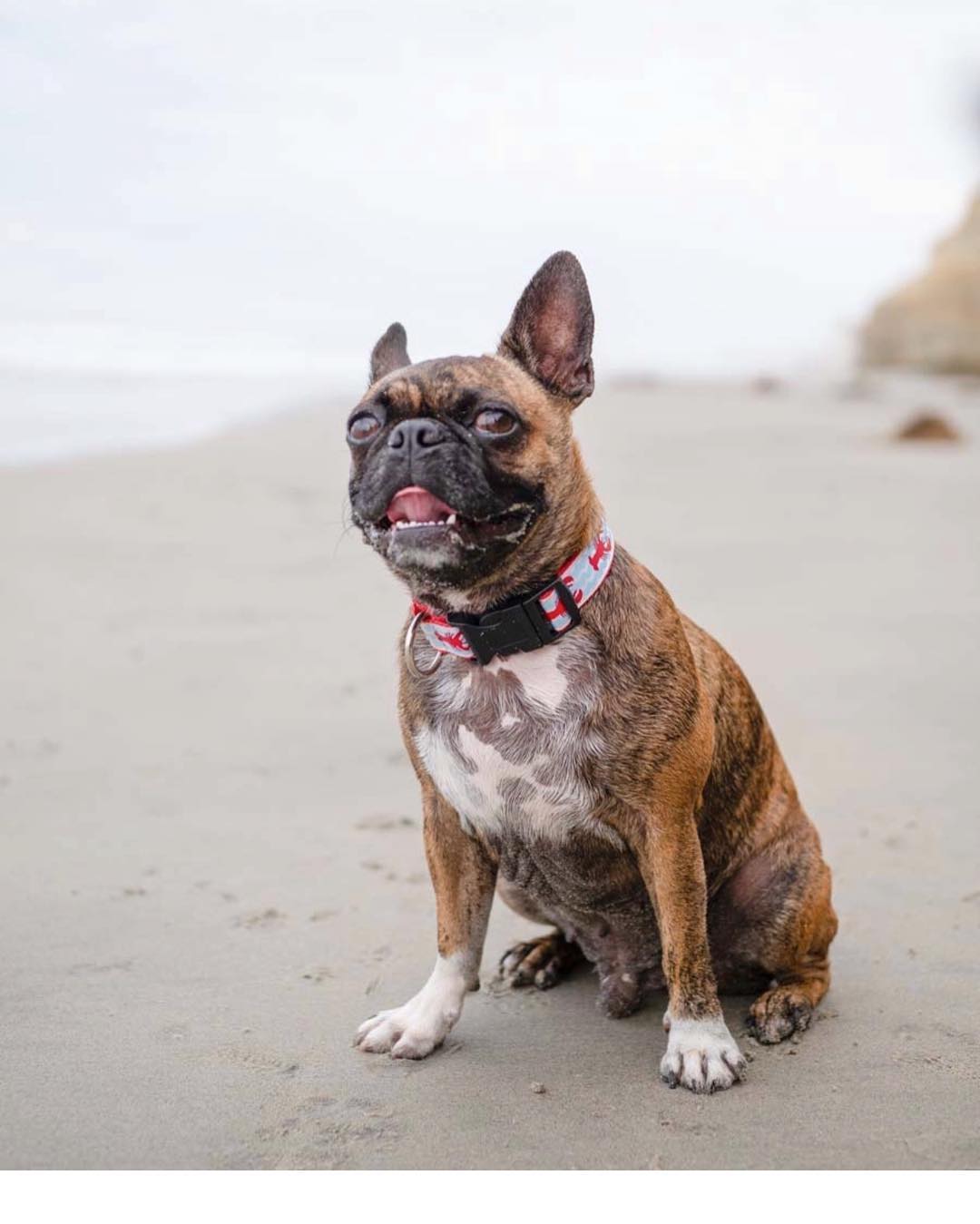 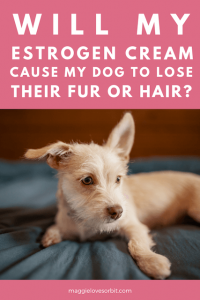 Luckily her dog was on Pet Insurance. And her plan under _Pet Plan covered 80% of his expenses of just under $4,400 at the regular vet and the dermatologist.

The holistic vet expenses which was just under $600 was not covered.

Occam’s razor (or Ockham’s razor) is a principle from philosophy. Suppose there exist two explanations for an occurrence. In this case the one that requires the least speculation is usually better. Another way of saying it is that the more assumptions you have to make, the more unlikely an explanation. Occam’s razor applies especially in the philosophy of science.

But … this would have been simple had the vet known about the estrogen cream. So the lesson learned is TELL YOUR VET everything about the condition and any medication you yourself are taking in the event that it applies to your dog’s condition.

Are there similar cases out there?

Ok so now after the fact I googled the search phrase “estrogen cream cause hair loss in a dog” and Google returned 1,440,000 results.

Of which the top article was related to a news article in 2015. After some digging there were other articles around this same time period.

What can we do as dog parents? 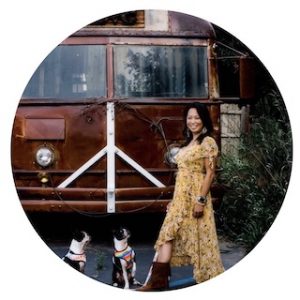 Hannah Zulueta is Dog Mom to Maggie and Orbit. They want to inspire other dog families to live a healthier, happier and long life with their dogs. They live in San Diego, CA.