Should I get another dog 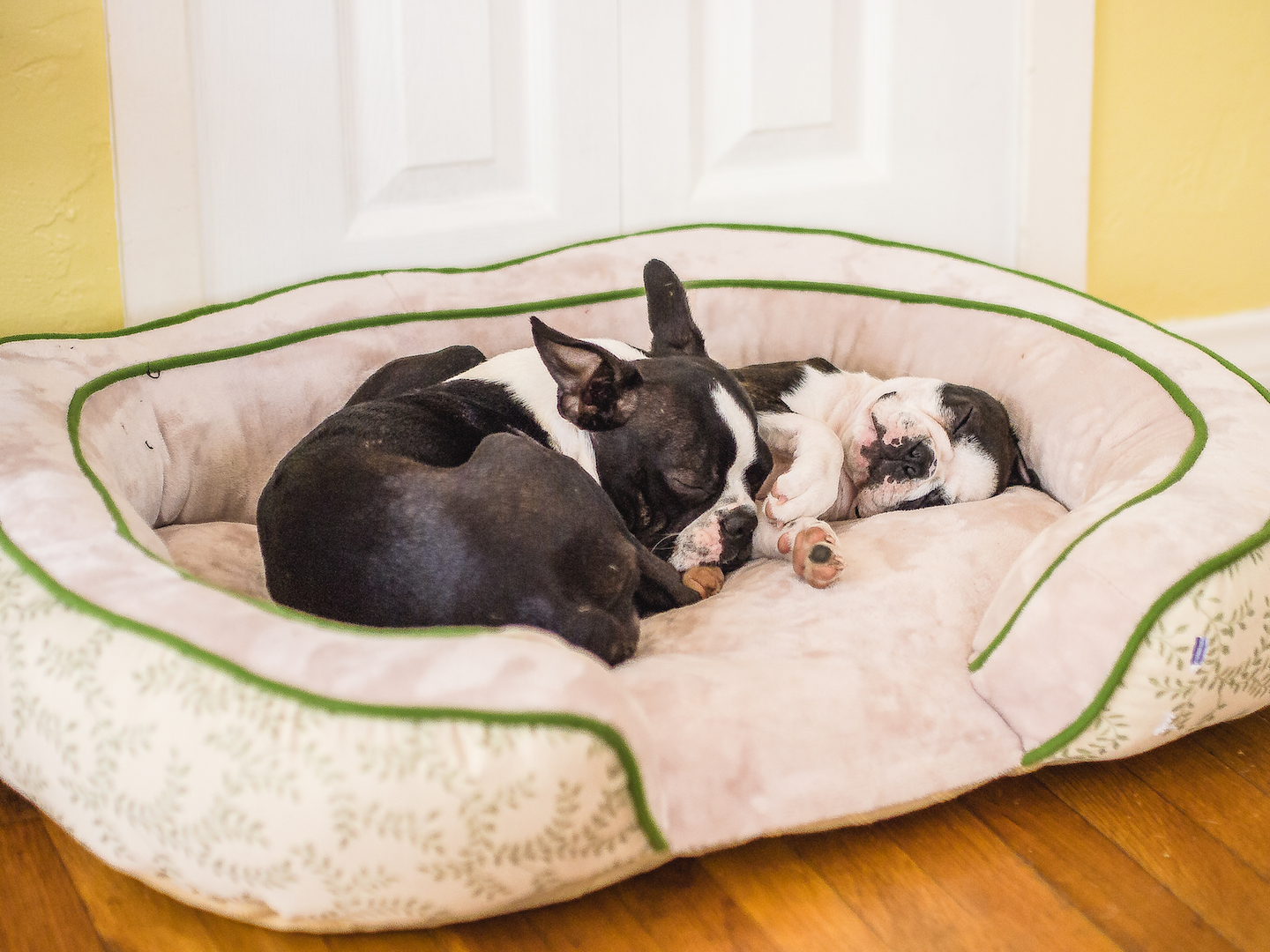 THINKING ABOUT ADDING A SECOND DOG TO OUR FAMILY

NOTE:  This is an older post and
doesn’t respond well on some mobile phones.

The fix is to open in safari and switch
phone orientation to horizontal until
I find a webmaster to do the fix for me =)
Thank you for understanding.

It loads properly on desktop.

I’m certain that if my internet usage was known to Instagrammers that had two dogs …. they would have “all the frights” (as in doggo – language).  I remember I stalked Smidge and Doodle.   Littermates and sisters.  I would analyze how they played, how close they sat, and try to ascertain by looking at that little square – if they liked each other.

My first Boston – Zoey – came into my life in 2011.  Independent.  Easy.  12 pounds in real life.  But in her mind she was 180 pounds.  I was advised by several dog professionals NOT to add a second dog to our family.  Zoey was too strong willed.  And she wouldn’t have accepted a second dog.  I wanted to get a female at that too – and was told.  Female dogs fight for breathing.  Male dogs fight for breeding.  Female dogs hold grudges and it would be biting off more than I could chew if I brought a second dog home.

THE STORY ABOUT MAGGIE – OUR FIRST (OR SECOND) PUPPY

We lost Zoey.  And Maggie came to our lives in July of 2015.  Playful and sweet.  She wasn’t an alpha dog.  So I knew right away … this time around I could get a second dog.  But even then the breeders advised me to to wait.   So I listened and enjoyed Maggie.  I remember that time fondly.   Having one dog meant:

Once I knew that Maggie was trained enough to listen to me then I started to look for puppy number two.   We were able to find Orbit and their age difference would roughly be 8 months.  The biggest consideration when adding a second puppy is to think about:

I’m not going to lie.  The first week I was concerned that Maggie wasn’t going to accept Orbit.  She kept looking at Orbit as in “oh I thought you were visiting – why are you still here?”.  Also Maggie was a lot stronger and I had to “referee” their play time.  Luckily for me, Orbit came to our home at 14 weeks.   She was much stronger and much more well versed in the ways of the dog world.  She came from a pack of 4 siblings and 4 adult dogs in her house.  She could handle herself.  Things that I did included:

Looking back a year later

What I didn’t mention is the discussion to add a second dog prior to Orbit actually joining us spanned several years.  I wanted Dog #2 when Zoey was with us and it never happened.  And I started to talk about Dog #2 as soon as we brought Maggie home.  My significant other was concerned about how it would change by adding a second dog and now that we have two we agree …. having two dogs is better.

I guess the way to look at it is that when it was just Maggie, the happiness I felt was because of the relationship I had with Maggie.  But now that we have Orbit – the happiness I feel is because BOTH of them seem to be happier dogs.

Keep in mind this doesn’t always happen.  I have heard of homes where bringing the second dog disrupted the harmony and they eventually had to re-home Dog #2.  So careful evaluation of energy and temperament should be be done prior to making the decision.

And what is it like to have the second dog home … now that she’s been with us just a little over a year.

I am very happy to have two dogs.  I wouldn’t have it any other way and feel blessed it all worked out between them.

How to invite the second dog to the pack

I watched this video from Cesar Milan on how to handle two dogs.  I use it to this day.  I never want my two dogs to “fight” or resource guard me.  So I’m constantly using my hands and body to direct them into our space or out of our space.

One thing I do is to maintain structure

That way we always do things the same way and we don’t upset the apple cart.

This site does incorporate paid advertising and affiliate links.

Maggielovesorbit and Ilovebostons is a participant in the Amazon Services LLC Associates Program, an affiliate advertising program designed to provide a means for sites to earn advertising fees by advertising and linking to amazon.com.

Hi, we're Maggie and Orbit
We believe that life is great. And dogs make it better. We believe in making every moment count. To live inspired, active and free spirited lives as a dog family.