Holistic and Organic Flea Treatment for the Yard and Dogs 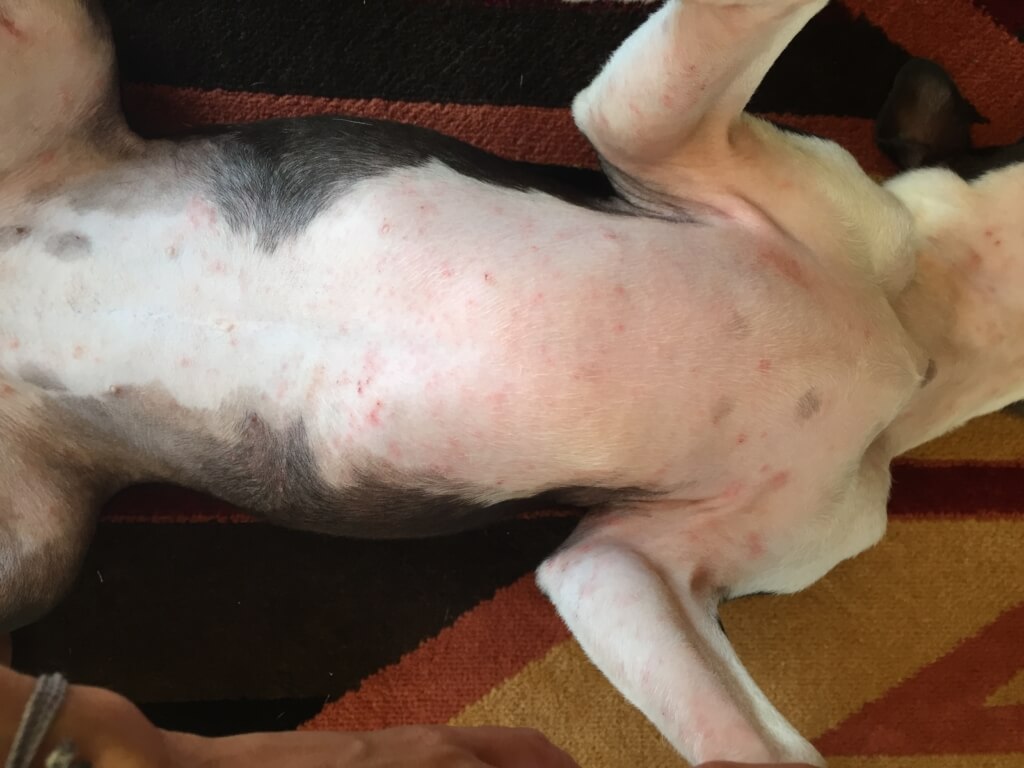 90% of the Fleas Live Outside Your House in the Yard

Maggie is allergic to flea bites.  She pretty much gets hives when she gets bit.  This summer it seems the fleas are everywhere.  They are at the park, on trails, and outside.

To kill fleas you need to address the environment because 90% of them are typically in your yard instead on the dog.   I use a natural product called nemotodes.  They have different kinds and I use the nematodes called Steinerma carpocapsae which is a parasite of fleas. It is known to effectively kill adult fleas as well as their larvae and pupa in grass and soil.

I had no idea just how much of them could possibly be living out in the yard until I read these three facts:

This led me to look for ways to eradicate these little buggers from our yard.  One way is to flood the whole yard because they don’t like water.  I don’t know how realistic this is … we are in a drought and it’s extremely dry right now.

With a little more digging I found about nematodes.

Fleas has parasites and they are called nematodes.  This nematode called Steinerma carpocapsae effectively kills adult fleas as well as their larvae and pupa in grass and soil.  I had to read that twice the first time I saw it!  You mean there’s actually something that can naturally eradicate fleas and it’s safe for me, my dogs and the garden?  Yes please and how does it work?

Beneficial nematodes are microscopic roundworms that feed on organic matter like dead and decaying plants and animals, as well as living garden insects and fleas. They generally live in warm and moist soils, and enter the host by boring a hole in its body wall. Upon entry, they release bacteria that help predigest the host for the nematodes, resulting in the host’s death within 48 hours of entry. After feeding, they exit the dead organism and go in search of new prey. The best part about using beneficial nematodes for fleas outdoors, is that they do not harm pets, humans or plants. 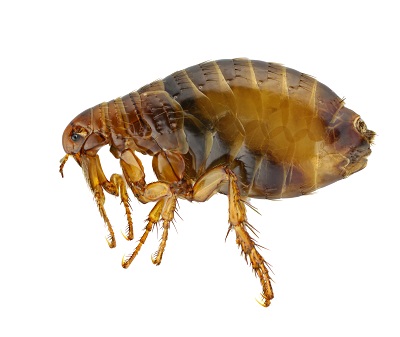 The beneficial nematode, alias “killer roundworm,” may be nature’s simplest answer yet for getting rid of troublesome, blood sucking fleas that infest backyards, homes and pets each year like clockwork.

The nematode, Steinernema carpocapsae, hunts down fleas in the pre-adult, pupae, and larval stages of their growth, which account for 95 percent of the flea population, even searching out the fleas that lie dormant in cocoons before reaching maturity. The killer roundworm enters the pest’s body through any convenient opening, such as the spiracles, where air is taken in, and releases a bacteria that kills the flea within 48 hours.

When the host is dead, the nematode sheds its skin and begins to reproduce inside the corpse. The offspring hunt for new prey, destroying the remaining fleas in the wake of the nematode life cycle. If there are no host bugs to be found, the nematodes starve and biodegrade, leaving no harmful backyard bug alive to tell the story.

The killer nematodes have been perfected and raised by Biosys, a company that specializes in biological pest control. At Biosys headquarters in Palo Alto, California, studies have been conducted over the past decade on the uses of the nematode. 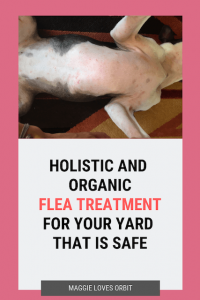 I do almost all my shopping on Amazon.  Upon doing a quick search I found this product that has 160 reviews and a rating of 4 out of 5.   I liked the review highlights:

I’ve placed it in my cart and ordered it.  I’ll update this post after we use it to report our own experience.

The Beneficial Nematodes arrived in a styrofoam box that had a chilled jell pack to keep it cold.  I’ve placed the flea eating “killer roundworms” in my fridge.  It feels weird that it’s sitting there next to food I eat but apparently it’s ok because they are contained.

The order I had doesn’t come with the “hose attachment” so a trip to the local hardware store is in order so that the nematodes can premix with water before I flood the yard.

How long does it take for the Beneficial Nematodes to work?

It will take 3 to 7 days for them to effectively work.

How to apply the Nemotodes to the yard to kill the fleas.

We have a bit of a heatwave and they say you have to apply when your soil temperature is between 40 and 90 degrees.  Which means we need to do it in the evening.  The soil has to remain moist enough to sustain plant life so that the nematodes can find and “hunt” (why do I love how that sounds) the fleas.

Where can I buy it?  Via your local hardware store or via Amazon (link below).

As for the Maggie and Orbit, I now apply a daily spray of Wondercide.  I only started to do that this week.

I mistakenly thought that the spot on flea treatment would be enough.  However when I was speaking to their doggy day care – she pointed out – the spot on treatment kills fleas AFTER they bite.  But it doesn’t mean that a flea won’t jump on them and bite them still.  She has five dogs and has a doggy day care so I guessing she knows what she is talking about.

You can purchase the Wondercide at your local pet store.  Or in my case – Amazon.  I like the way it smells.  It’s not greasy or oily.  It’s safe for use indoors and it doesn’t stain the bedding, carpet, furniture or floor.  It’s also naturally derived and made in the USA.

If you have an allergic dog – these articles about allergies might be of interest to you:

Feed Omega-3 To Protect Your Dog From Cancer October 7, 2021
I Wish I Never Gave Apoquel To My Dog August 8, 2021
Cytopoint and Apoquel Alternatives August 1, 2021
1 Comment
Leave a Reply Cancel reply